Interactive Exhibition Module about the architecture of New York City, containing videos, imagery, and interactive elements like
– a 3D map showing buildings, and navigation buttons on buildings in the interactive map, that are archetypical of an architectural style, or historically significant e.g. being one of the five highest buildings in the world, all in New York City, and all five in succession ( from the Singer Building [demolished] to the [destroyed World Trade Center 1 & 2 Twin Towers] )

Independent project originally created to be an interactive exhibition module displayed in the Architecture Museum in Frankfurt, Germany

The below QR-code was planned to be on the back of the CD-ROM case, and linking to the online version of the interactive application. 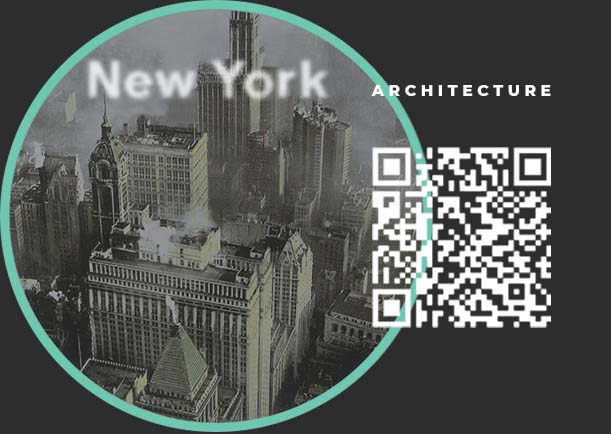 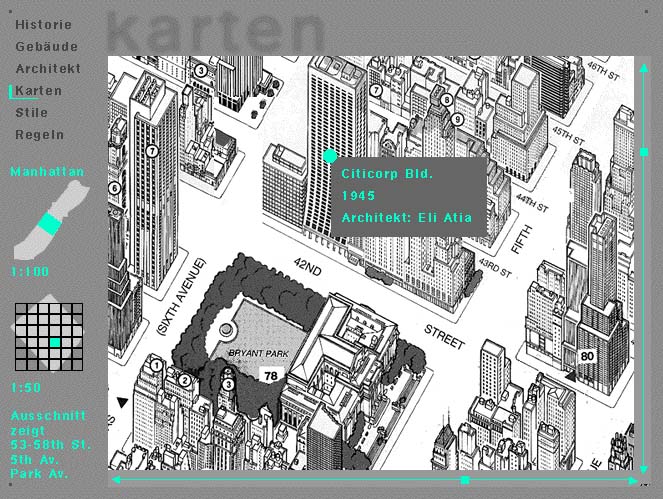 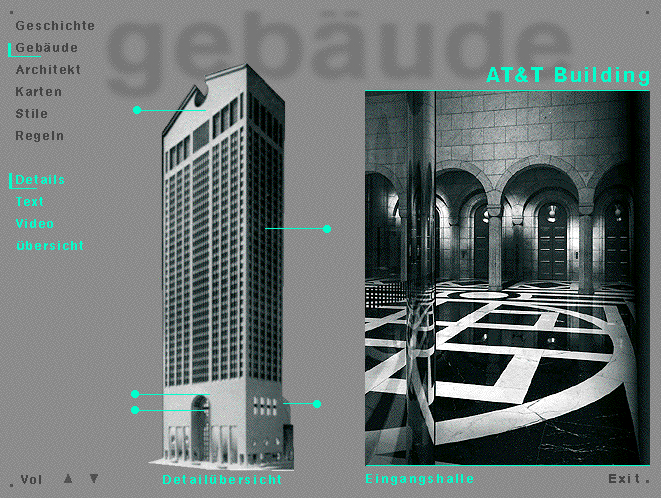 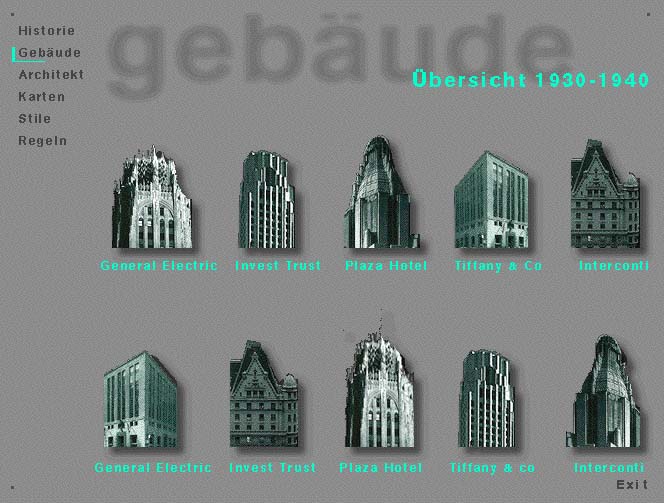 Goal: Communicating Port Everglades as the premiere cruise port for the cruise industry and passengers – the “new” FLL airport to Port Everglades infrastructure enables a stress-free travel experience from landing on FLL airport on – integration of motion graphics in the filmed video sections result in a captivating, memorable Trade Fair Booth Experience.

A combination of video shoot, including bird-eye perspective drone filming over the port and cruise ships, in 25 terminals, on Fort Lauderdale–Hollywood International Airport, present an exiting overview of one of the two largest cruise ports in the world. 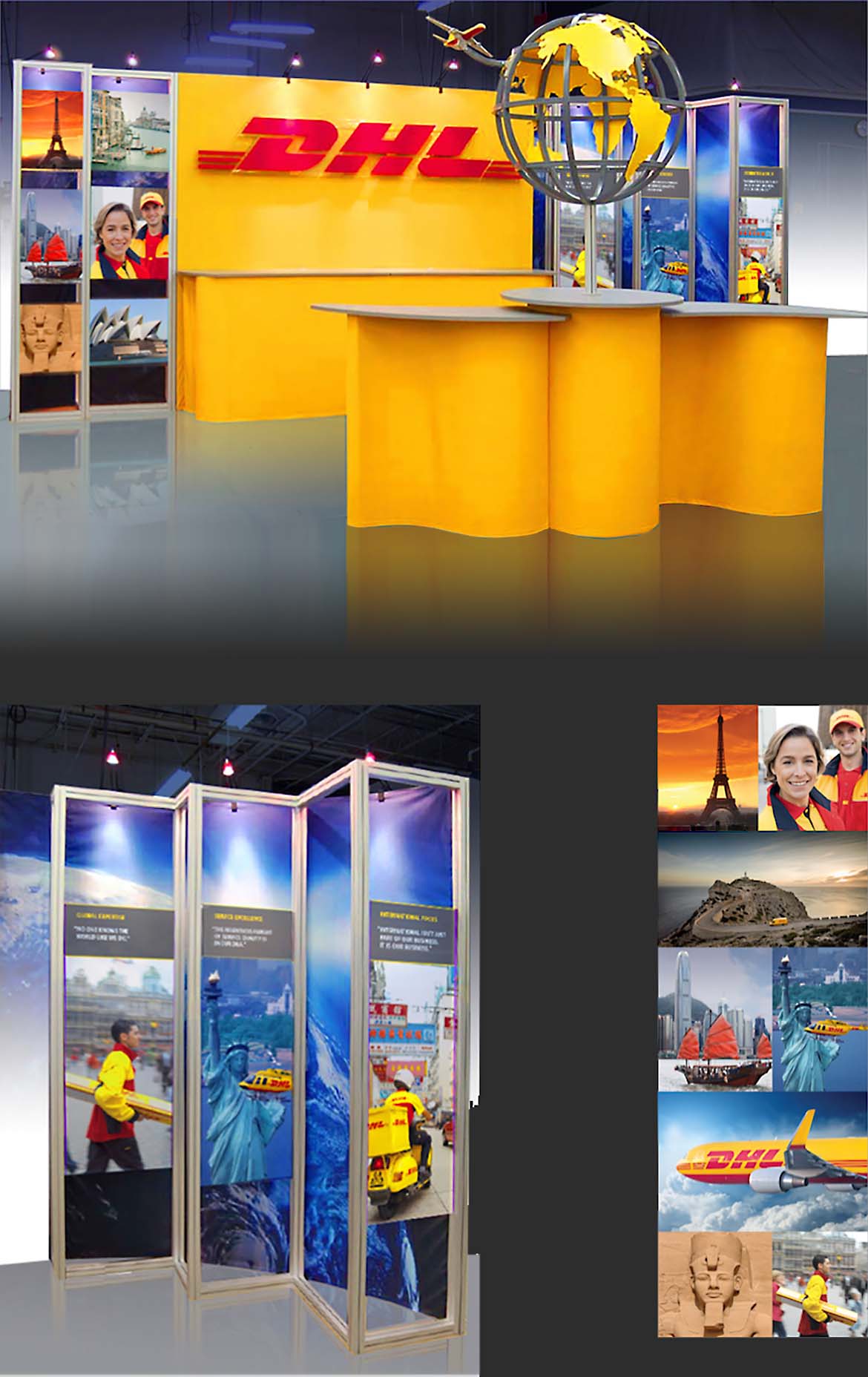 Goal: To position and communicate DHL EXPRESS as the global leader of Express Services at Trade Fairs ( various verticals and industries, ), messaging content of the Value Proposition in copy and visuals in the Trade Fair Booth and on the supporting Banners. 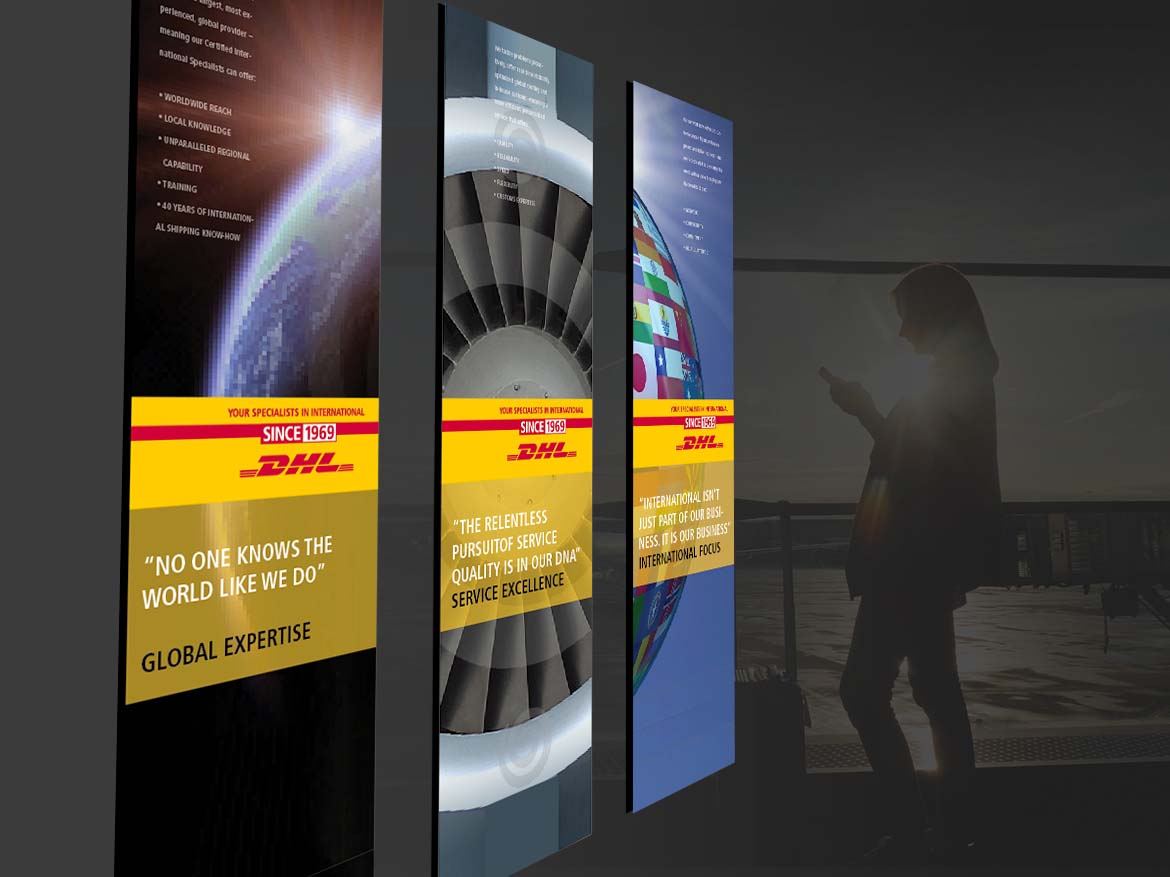 Concept: The imagery concept shows areas of operation of the machines/ distillers. 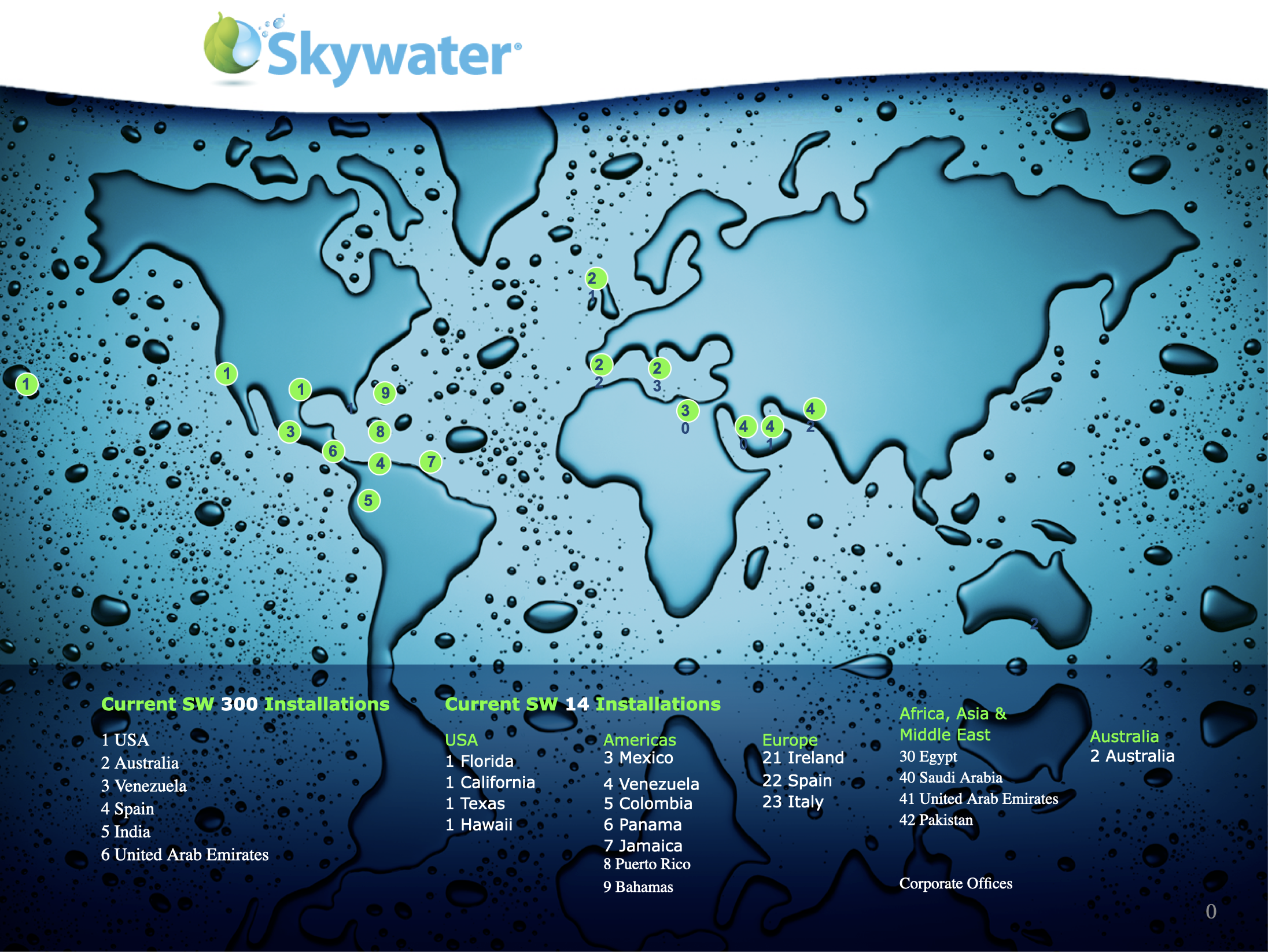 and Visitor-Centered Marketing initiatives in the Hardrock Space.

Goal: To establish Eaton Electronic/ Energy Parts as the “Safest Solution” for the Renewable Clean Energies. Ad Campaign, Ads, Collateral System and Implementation Guidance Brochure for all European Countries, in English & German and including translation guidance for other languages.

Concept: A rather unusual way of transferring a message was chosen to get the electricity & energy industry’s attention. Illustrations of gods (Wind, Sun, Earth, Water)  were used to make a comparison between “Fossil Fuel Energy Times” and “Today’s improved and advanced renewable” (Europe), clean (US) Energy”– generation, transfer and storing of Clean Energy is extremely “dangerous” and on error eventually “lethal” for field workers, since “high electric current/ energy” is the commodity. Eaton’s Electronic Parts provide the highest safety.

Five global awards won by the team I lead as Creative Director, Consulting, Freelancing at Plan B (agency in Vienna/ Austria) 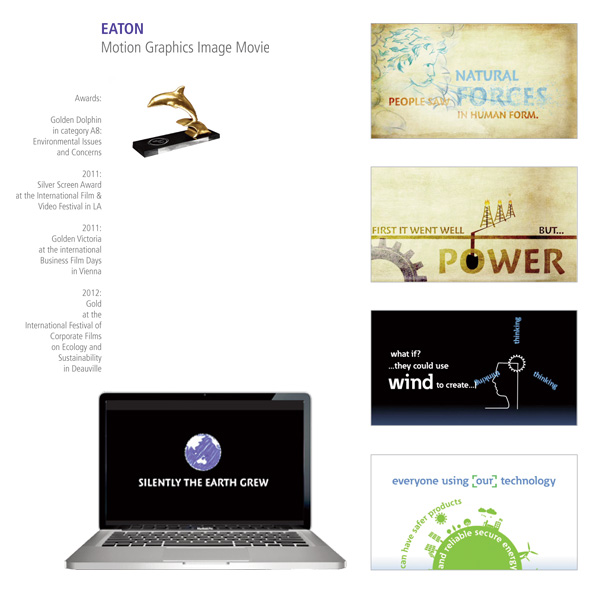 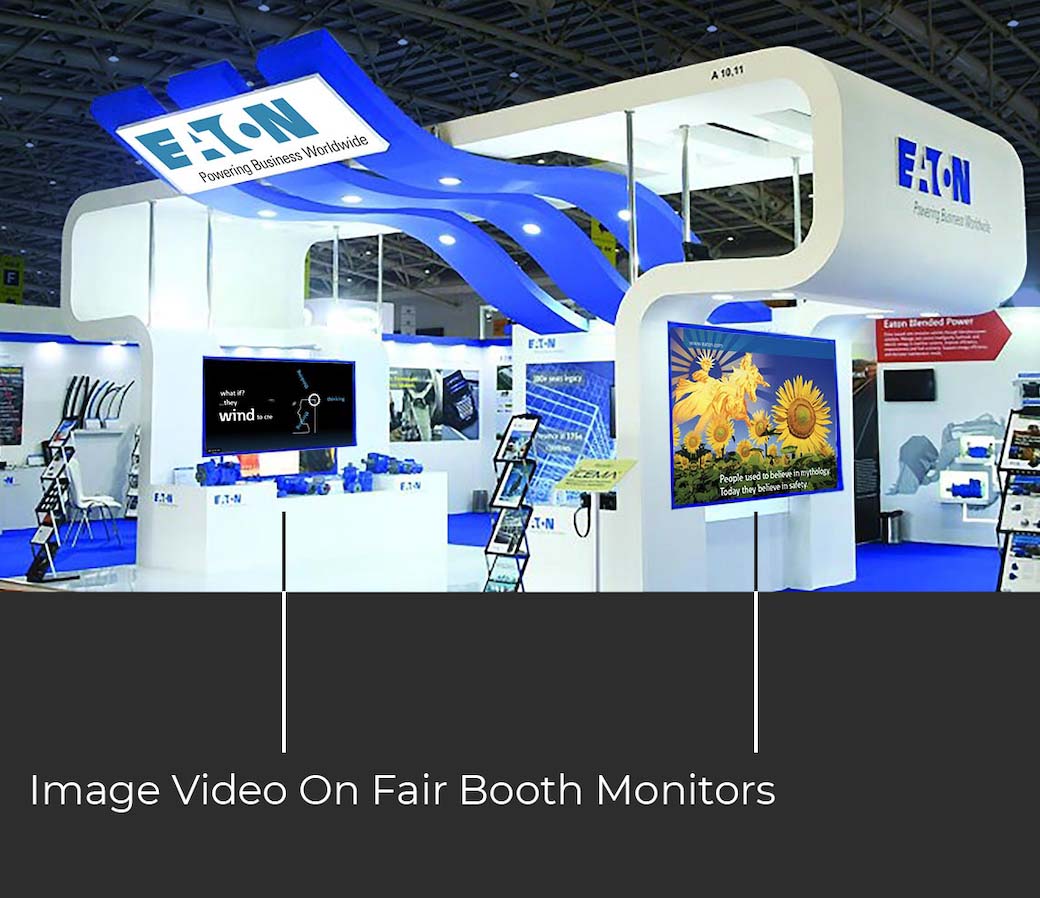 Goal: Promotional event of a walkable  FPL “Ice Box”, showering the visitors with ice-cold air, located in the hot outside at the Hardrock Café Court – differentiating FPL as “cool” power provider and raising brand recognition.

Concept: A walkable room within an “ice cube” is showering the visitors with ice cold air from liquid cooling tech – the walls of the “ice cube” are glass walls and the design looks like the walls are frozen. Hashtags, linking to an online follow-up are located on the glass walls of the physical event of an “ice-box” providing ice cold relief from the hot Florida sun.

Goal: The Zoo is located in a large Park in the City of Berlin. In order not to spoil the experience of the park with signage belonging to the zoo – the public information system requires an inventive concept – secondly, e.g. the monkeys are located in different areas of the zoo/ park, resulting in classic directional signs not being possible.

Concept: The existence of a zoo becomes a “honorable cause” when the zoo is protecting animal species being endangered of being extinct. The existence of zoos become a network of protection when the zoo is educating the public and is generating funding & donations that way, used to work globally with organizations and other zoos, working towards the same cause.
The concept we created, is an educational public information system – all animals in the zoo are categorized in four groups – the four habitats  the animals naturally live in: either Forrest, Water, Dessert or Mountains.

The map of the zoo and the location of animals in the zoo function by identifying the natural habitat by using a color coded “path system” – the zoo has two points of entrance/exits – all four paths are circular and connect both entry and exit points of the zoo – at every crossing in the zoo/ park, the signage system identifies which direction the e.g. the “water-Path is taking: straight ahead or turning left or right.

The signs are metal rods children can jump on because they are close to the ground, they do not spoil the park visually and the metal material is very durable and fairly reasonable in cost. Example: The “Water-Path ” connects all animals in the zoo that live in water habitats, e.g. Penguins & Ice Bears live in and on the habitat of polar water and ice, while crabs live in Oceans all over planet Earth. The “Water-Path ” is color coded “blue.”

Above: Example of a path – the “Water-Path” on the zoo map.

Below/ left: Examples of other path examples 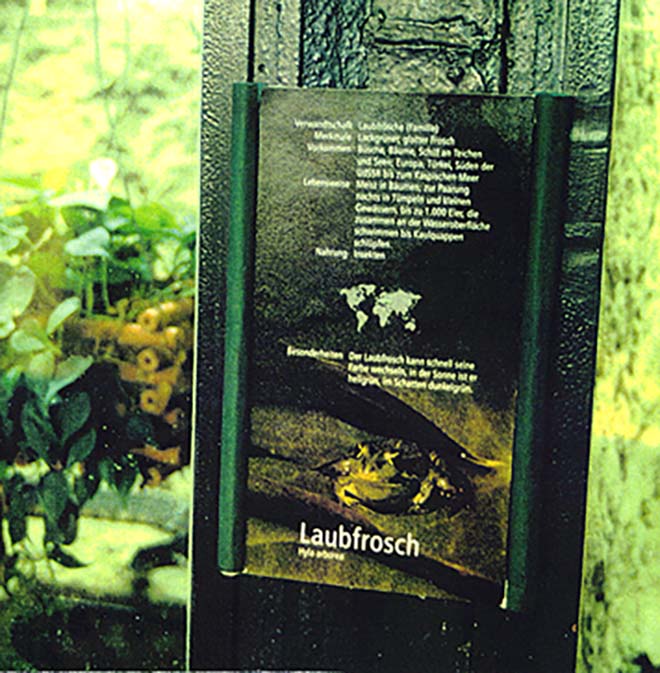 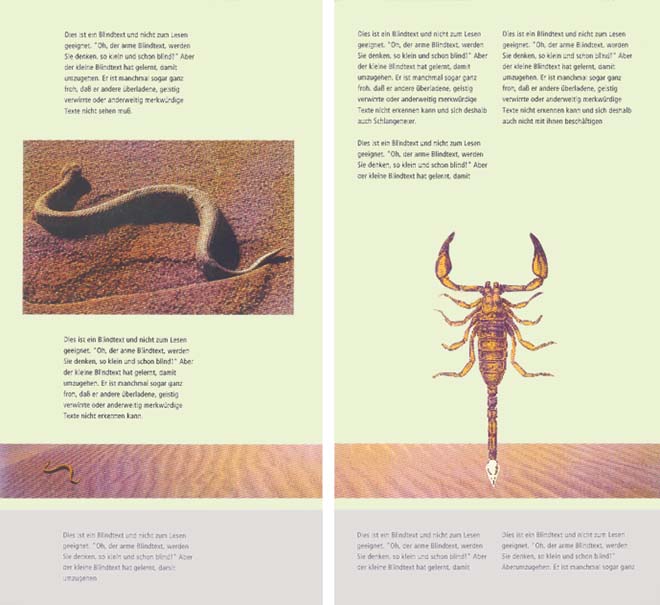 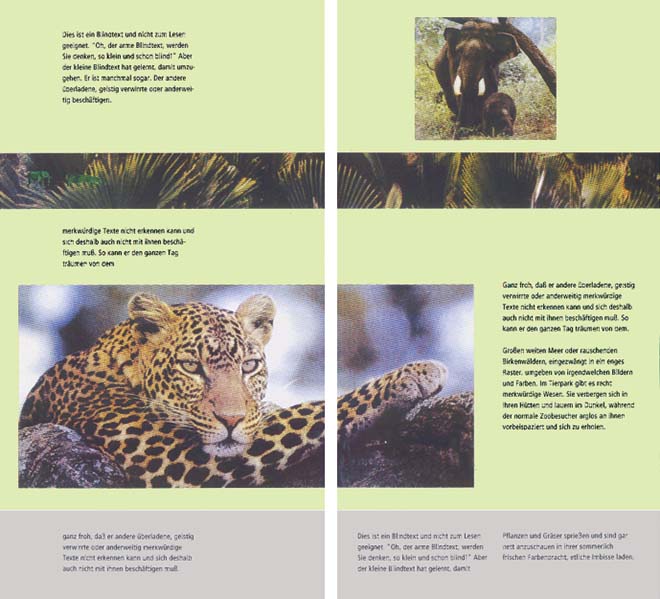 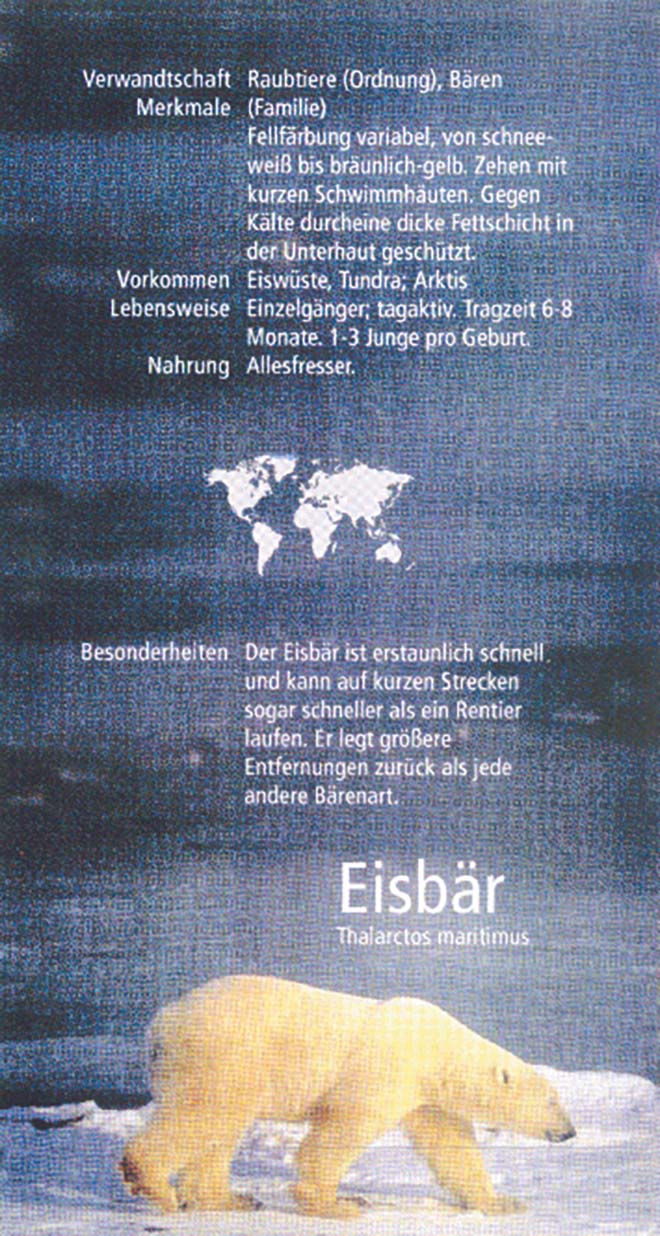 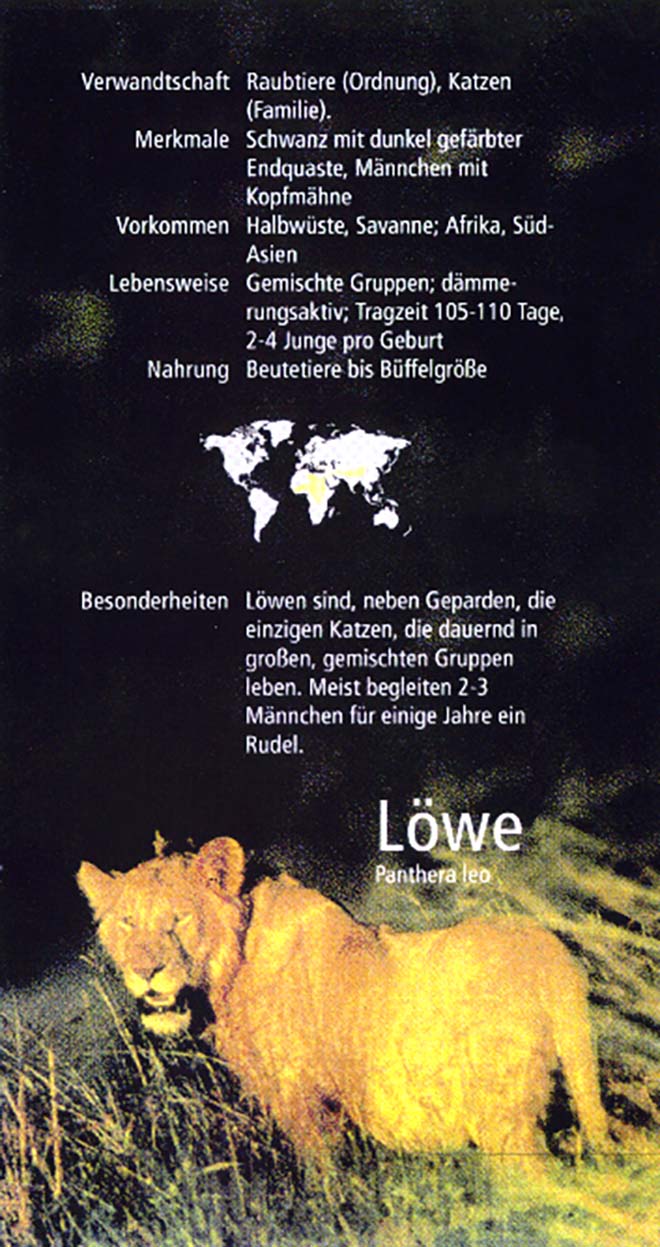 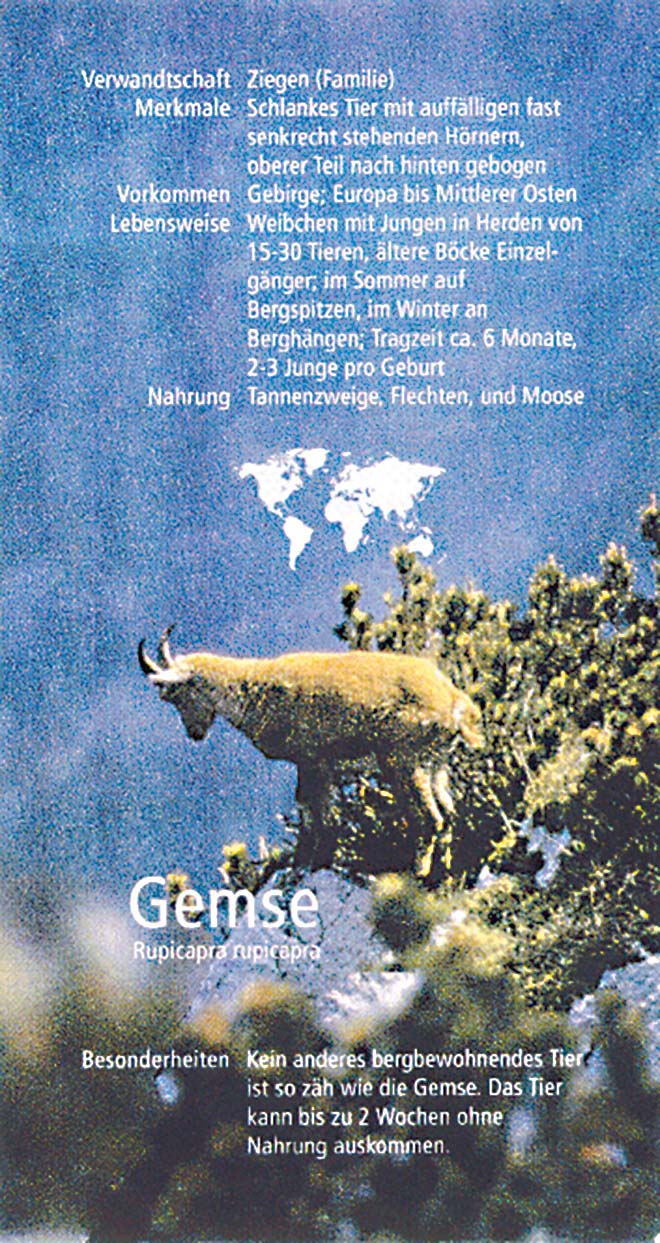 Concept: Information about the Brand Platform/Positioning is presented in a “virtual university room” – section in the keynote deck present content animated in rooms and on walls. 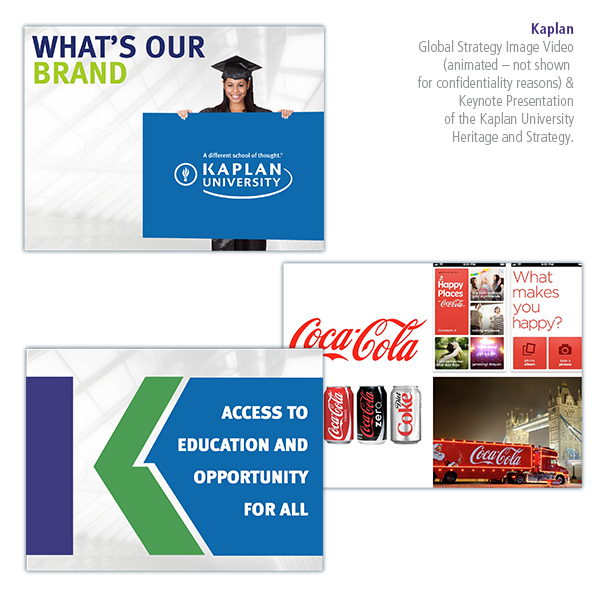 Concept: Creating a story, set around the world – cartoon characters (looking like the Kaplan University members of the management) present different parts of the global Brand Strategy in animated “scenes”.) 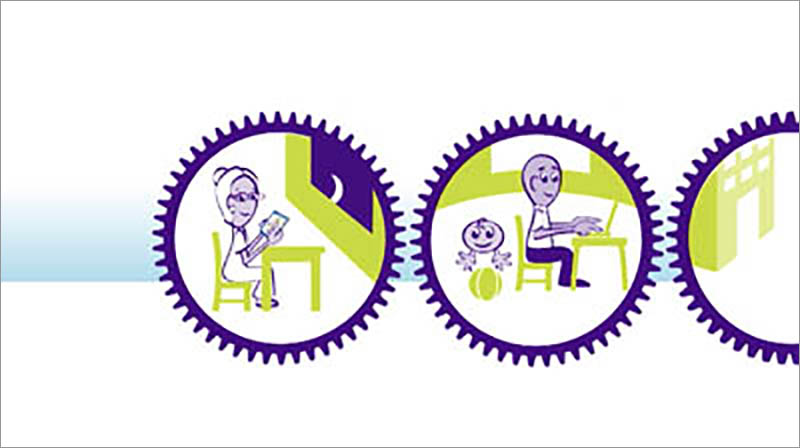 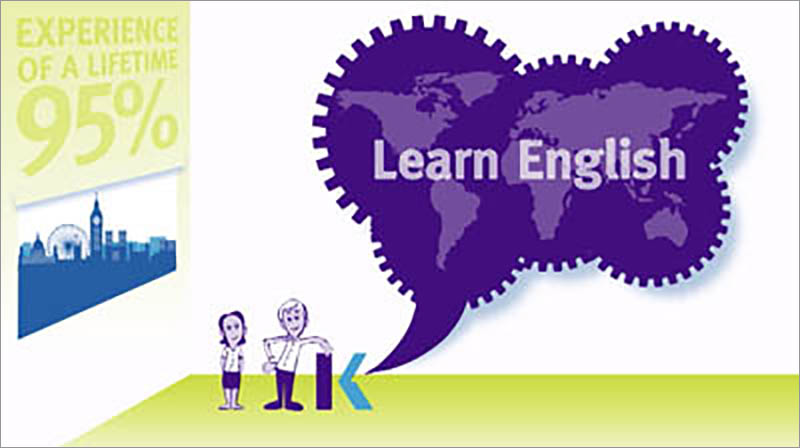 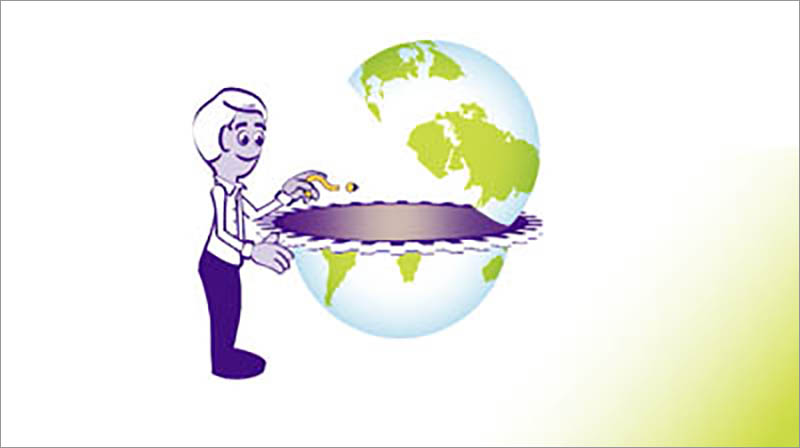 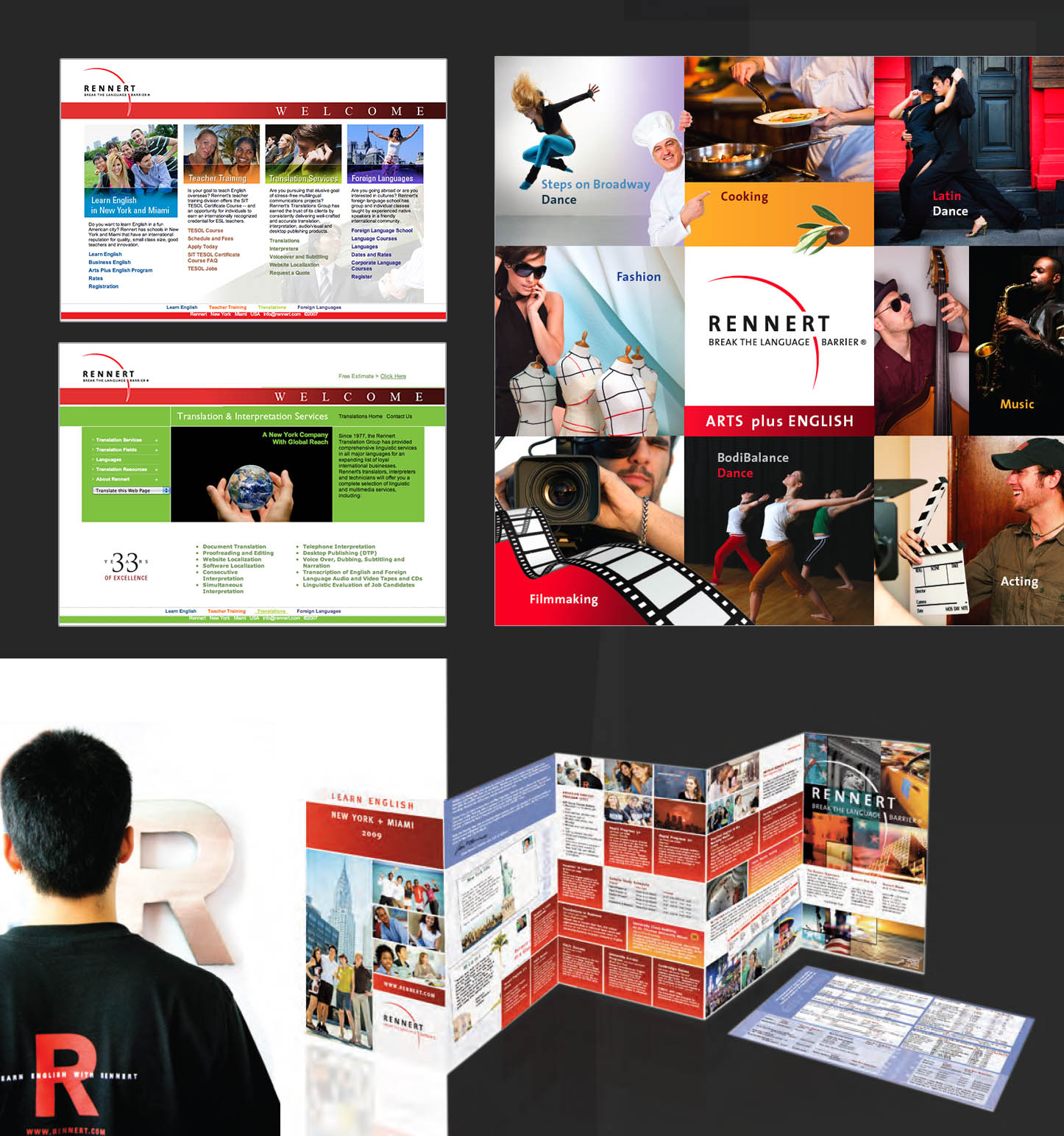